My parents outside the medical supply store back in March

My parents officially retired a month ago. Even though they’re still sorting through some leftover paperwork and inventory at the medical supply store they recently sold, they have crossed over a threshold that I hope forever separates them from a lifetime of blood, sweat and tears. To be accurate: light on the blood and heavy on the sweat and tears. As the first-born of an immigrant family, I bear witness to much of the sweat and the tears, and have shed some tears of my own.

We flew to Los Angeles from Seoul on Korean Air in 1981 so the term “fresh off the boat” didn’t quite apply. But back when we first came to the States, when I was seven-years-old, it was all I could do to frantically tread water in the strange and tumultuous ocean that was America/Los Angeles/Koreatown, choking on gulps of brackish water while trying to keep my wits about me. I didn’t know it at the time but my parents were out in that big ocean too, trying to keep afloat, trying to find their way. Though I had younger siblings, I was the only one old enough to remember the bigness of the ocean. We went through something together, my parents and I.

Years later, after all the banal ways that a child tolerates, implicates, rejects and ultimately comes to peace with her parents (at least in some fashion), I found myself helping my mom and dad with a new business venture. I wasn’t asked to be a part of this new business, exactly. Korean parents do not ask. They simply announce. Their grown children are expected to act accordingly. It was no small thing to help my parents but the age-old commandment “honor your father and mother” came to mind and I, being at a crossroads myself at the time, felt at peace about that. The peace wore thin as the years wore on but the years also refined me and taught me to resilient, long-suffering and patient. I was no model daughter: there were tantrums, rebellions and breakdowns in the mix too. Many times I felt sucked and suckered into some black hole for children of immigrants while my peers led what I perceived to be independent, cosmopolitan grown-up lives. The days seemed to drag on interminably with my parents and I crammed into the tiny store – the three musketeers, amigos, blind mice – but suddenly here I am, after ten years, explaining the ins and outs of our business to the new owners, Mr. and Mrs. Yoo. I dreamed about being free of expectations and obligations all through my teens and adulthood and I suppose that made me fret that I wasn’t being the daughter my parents needed me to be. Seeing all that I’ve done for the business as I walk Mr. and Mrs. Yoo through it helps me see just how much I did for my parents. I did right by them, at least in this. It’s not so much a self-congratulatory acknowledgement but a realization that submerges me in a wave of relief. 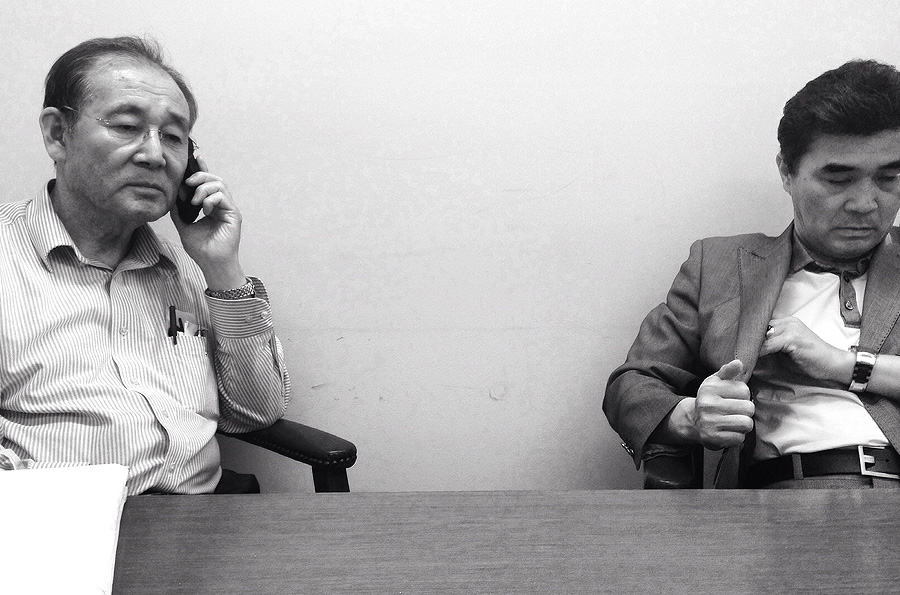 Dad at the escrow office with our broker

Letting go of the business has been bittersweet. After everything we’ve been through, it’s weird to see the sweat and tears distilled down to numbers on a piece of paper – numbers that don’t quite make up for the long, weary days. At the escrow office back in April, I studied my dad’s sloped posture and the lines on his face. He let out a wistful sigh, turned to me and said, “You must feel so free now. Me, I feel a little sad.”

Moments are fleeting, and now my dad is too busy organizing and downsizing his life to bemoan the selling of the store. He complains to me that my mom is driving him nuts, nagging him to throw everything out. The truth is he would have no one else by his side. Maybe it was out of necessity, maybe it was out of love but, whatever it was, my mom and dad clung to each other as they swam for their lives in the murky waters of their brave new world. They look rather weary and weather-beaten now but the point is they kept afloat. They kept us all afloat, our Kim family five. I hope my parents enjoy their golden years. I hope there are adventures, leisurely walks, maybe some light gardening. Sweat and tears behind them, calm waters ahead. 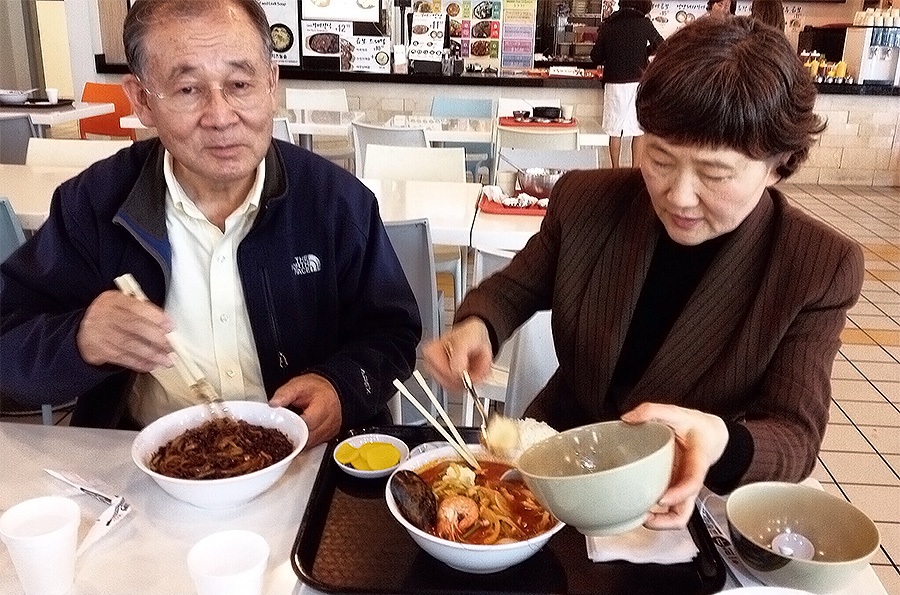