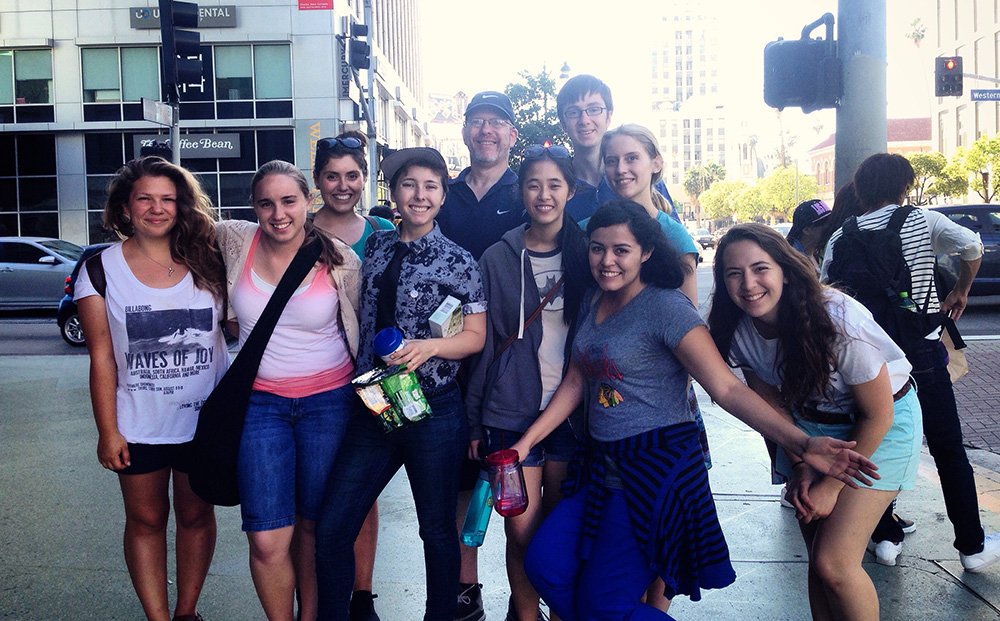 It was a toasty 84 degrees this past Saturday for my first ever Koreatown tour and the first of four Urban Plunge 2015 tours. I think it went pretty well considering it was the first time, though I grossly miscalculated how long the tour would take and wrapped things up a whole hour earlier than expected. The Biola students were headed towards their Korean barbecue dinner at 4:45. Oops!

There were some things that went really well. I always thought of myself as someone who is terrible with facts and figures but I rattled off square miles, population count and years like nobody’s business. I had done enough dry runs to know exactly where to go (full disclosure: most of the tour is just a straight walk down Western Avenue) and improvise when I needed to. There was certainly room for improvement, though, and I took mental note here and there throughout the tour. The biggest takeaway was that I need to provide clearer parameters. Side note: this is usually my biggest takeaway when I try to mastermind any group activity. Hm, note to self about that side note. I’m a big fan of navigating the unknown because it’s an adventurous challenge. I think it’s part of my personality but it may also be a leftover from my days playing catch-up to the other kids as the new/immigrant kid on the block when I had to repeatedly get with the program already in session while drawing the least amount of attention possible to my otherness. Giving people a taste of being throwing into the deep(er) end of the pool is an important part of the tour experience because of this but I realized on Saturday that it would yield a more satisfactory group experience if I provide some way for people to hang on to the edge of the pool if they need to get their bearings.

So that’s my homework before the next tour and the new batch of college students, which will be on my birthday, April 18. Charging ahead!